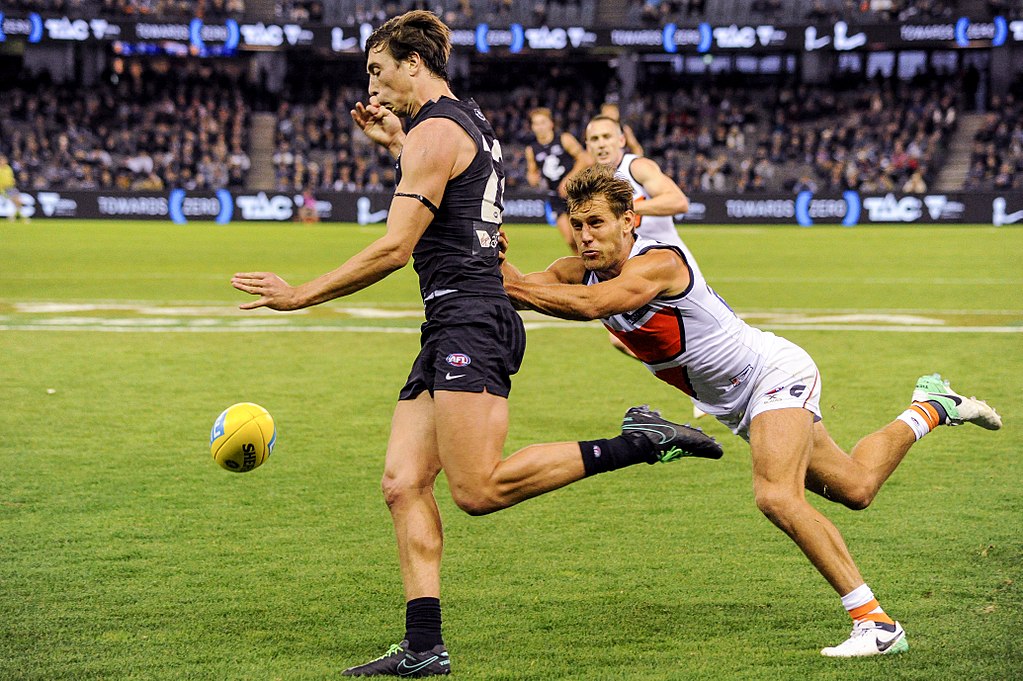 As team sports slowly begin to resume in Victoria and with our focus at TFC Podiatry this month being forefoot pain I would like to discuss the potential forefoot injuries you may be susceptible to when playing sports. Athletes of all caliber are at a greater risk of forefoot injuries due to placing a higher amount of stress in the forefoot, whether that be from jumping (eg: Basketball), a greater amount of time spent on the forefoot (eg: ballet, rock climbing) or from tight-fitting footwear (eg: cycling, football).

Below are some of the common forefoot injuries that we see in the clinic room and how they can occur.

This injury is caused by stress to any of the 5 metatarsal bones when using the foot in the same way repetitively. Examples of repetitive stress that causes this in sports include jumping in basketball, long distance running, dancing or marching (military).

Sesamoiditis is an overuse injury causing inflammation of the tendons attached to the two sesamoid bones underneath the big toe. The sesamoids bones act as small pulleys to provide a smooth surface for tendons to slide through.

Sesamoiditis typically presents as a dull pain underneath the big toe joint and can be aggravated by certain weight-bearing activities.

Sesamoiditis is common in sports that involve increased pressure on the forefoot, such as dancing, running, tennis and basketball.

Treatment for sesamoiditis often includes activity modification, taping/padding, footwear adjustments, the use of custom foot orthoses and in some cases immobilisation through the use of a CAM boot.

These two injuries are often caused by compression of the forefoot, making them prevalent in sports such as cycling, golf, football and skiing, where footwear can often be quite tight around the forefoot.

Intermetatarsal bursitis is described as an inflammation of the small fluid-filled sac between the metatarsal heads and presents as pain on the sole of the foot, like walking on a pebble.

Morton’s neuroma is irritation to the nerve that runs between the metatarsals and presents in similar ways to an intermetatarsal bursitis, however the pain is often described as a shooting, nervy pain that radiates up to the toes.

Turf toe is a general term for any injury to the surrounding tissues of the 1st metatarsophalangeal joint. Damage can either be caused by repetitive pushing off of the big toe such as jumping and running or can be acutely injured by jamming your big toe.

This injury has been labelled “turf toe” because it is highly prevalent in sports played on artificial turf, where the foot can stick to hard surfaces and there’s less cushioning on your foot when landing.

Treatment for turf toe depends on the severity of the injury, but will often include rest, offloading through taping, shoe modifications and potentially orthotic intervention for long-term relief.

Stay tuned later in the month for some tips on the best way of avoiding these forefoot injuries so that you can keep enjoying your sports injury-free.