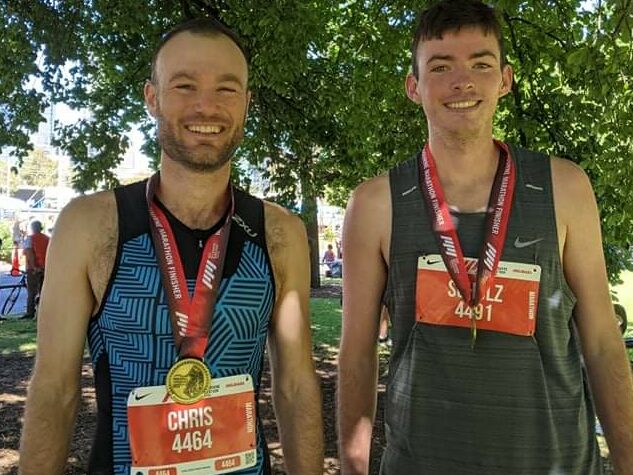 With the first major marathon in Melbourne since coming out of lockdown, TFC Podiatry had 2 of their Podiatrists compete in the full Melbourne marathon in 2021. Christopher and Jayden. With the marathon originally scheduled for October and then pushed out by 2 full months until December, Chris and Jayden, like so many of their running patients had various injuries to deal with due to the extended training schedule.

With favorable conditions the day was a success with Christopher completing his marathon with a 25 minute personal best time of 3 hours and 8 minutes with an average speed just under 15Km/ hour over 42.2Km! and Jayden competing in his first marathon finishing in 3 hours and 30 minutes after going out a little to hard and paying the price late in the race with some fatigued legs.

Throughout the excitement of the training cycle Jayden and Chris learned so much about shoes, treatments for runners and the mindset of training for a big goal like a marathon. Jayden found his new custom foot orthotics and the use of regular shockwave therapy to be a real game changer while Christopher found incorporating more strength and conditioning work to be a game changer to help his legs make it through 42.2Km.

The big takeaways of the marathon were: