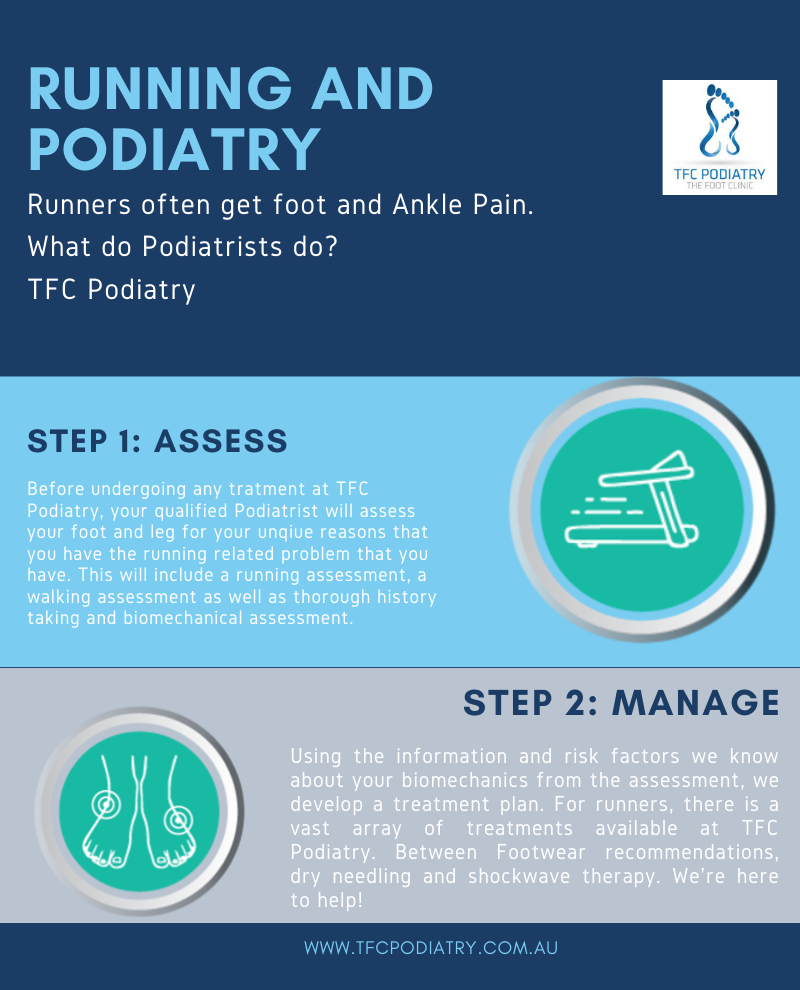 TFC Podiatry in Yarraville and Point Cook are both clinics in West Melbourne. One of the most popular sports that people are involved in around the western suburbs of Melbourne is running. With great access to local running routes, it’s no wonder residents of Melbournes West are hooked on running!

Running is a convenient sport, which is great as people are so busy and time-poor. Running is convenient because of the ease of getting involved and participating. With minimal preparation and minimal time, people can start to see the benefits of running with an increase in fitness. By having just a pair of good quality running shoes and some activewear most people can get involved in the sport quickly and easily. Running can also be an incredibly social sport, with local running groups and clubs scattered around Melbournes West. A great example of this is the weekly Saturday free Parkrun which is in almost every suburb in Melbournes West. Parkruns can be a great way for people of all abilities to come together for a timed 5km run.

There are many positives to running, but at TFC Podiatry we deal with one of the biggest limitations for runners: Foot and Ankle Injuries. Unfortunately, running is very hard on the body and injuries are relatively common. At TFC Podiatry we see many runners with running-related foot and ankle injuries. Running injuries tends to happen most often when there is too much load through an area too quickly or for a period of time that is not sustainable for the tissue. We call these reasons training errors and they are a common mistake that causes injuries in runners.

Podiatrists who are involved in the running community tend to understand runners and help formulate the best possible treatment plans for your running injuries. If you have any queries on running and running Podiatry, please call one of our clinics or book an appointment online.