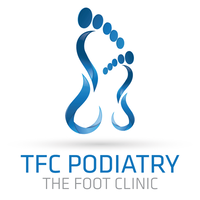 Turf Toe in the Superbowl

Julio Jones of the Falcons kept the 2017 Superbowl both close and competitive. With the close end score of 34-28. Jones was playing on a sprained big toe which may need surgery during the post season.

Turf toe has been popping up left right and centre in the worldwide sports scene. Today we will look at Julio Jones injury a bit more in-depth. Previously we have blogged about troublesome big toes involving fractures. Julio Jones’ toe is reported a sprain which is damage to ligaments that hold a joint in place and prevent dislocation.

Turf toe is called turf toe because it is often seen in sports that land awkwardly on their big toe, this can cause damage to the structures around the big toe joint or even cause the joint to dislocate. Julio Jones chronic issue is considered a sprain of the ligaments which has not improved with conservative therapy. Conservative therapy focuses on decreasing the stress on the damaged structures and promote blood flow and healing.

Conservative options for turf toe include: Sports tape, orthotic therapy, footwear modification or rest. If you have signs of turf toe, you should contact your local sports Podiatrist as soon as you can.